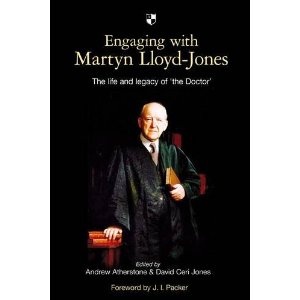 I always find it amazing that there are ministers who have never read Martyn Lloyd-Jones. I think Lloyd-Jones is one of the most fascinating preachers of the 20th century. He is not just readily available in print but you can easily get hold of his sermons. He may not have the charismatic persona of modern preachers but not many modern preachers had the grasp on scripture Lloyd-Jonea had.

However, no matter how high my admiration for Lloyd-Jones goes, he was still a man – and as a man he had flaws. One of the things which frustrates me about reformed evangelicals is the unspoken rule that you must never criticize certain people or things. If you make a criticism of John piper you get trounced. But Piper is not flawless and his doctrine is not perfect. Neither was Lloyd-Jones. This book, which has been published in the UK, is a collection of essays governing various issue related to the Doctor – Charismatics, Fundamentalism, Theological Education etc.

The authors are not starry eyed, hero induced sycophants. They level criticism as Lloyd-Jones, but they never disrespect him. Each chapter is written by a different author and from a different perspective.

This is a fascinating and useful read. Lloyd-Jones influence across evangelicalism in England and to a lesser extent the USA was widespread and powerful. These essayists endeavor to discover the real Lloyd-Jones warts and all, while not dispensing with the reality that Lloyd-Jones had a formidable intellect, and an amazing ministry.